Assemblymember Melissa Melendez’s recent social media comments in response to the murder of Kayla Mueller were profoundly misguided and deeply offensive to people of Islamic faith. In addition, we would like to point out to the Assemblymember that comments painting all members of a single faith with a broad brush have far-reaching consequences that reverberate not only throughout the state, but throughout our nation. The same day that the Assemblywoman posted her offensive tweet, three young, innocent Muslim students were murdered in North Carolina.

We ask the Assemblymember to issue an apology to her constituents, many whom are of the Muslim faith. 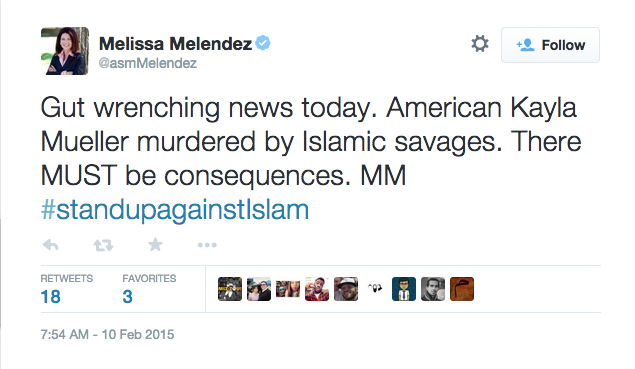 – Posted using BlogPress from my iPhone